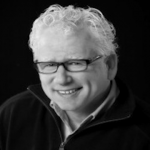 "David L. Stanley, B.S., M.A., is a Flint, Michigan based writer, teacher, voice-over actor, and audiobook narrator. His book, Melanoma: It Started with a Freckle was published in spring 2016 via McGann Publishing and hit #1 as a new release in dermatology. You can read more about it on his Facebook page; search for @melanomabook. Stanley writes regularly for Dads Roundtable.com. There, his articles on cancer living and care have been read by over 700,000 readers. Stanley’s freelance work has appeared in Bridge.com, JTA, Moment, Peloton, ROAD, and Velo magazines. His work on the Flint Water Crisis was featured on NPR’s Here and Now. He speaks regularly on fatherhood, education, and cancer advocacy issues. His VO work can be heard at Myvoiceovermasters.com. He has nearly 30 audiobook narrations under his belt. Search for him on Audible.com. He is married, with one son, and lives in Michigan. Follow him on Twitter @dstan58. He tweets early and often."

The impact of climate change on human health has come to focus in recent years, however very little is known about the effect…

In a Race to Cure HIV : Gene Therapy, Vaccines and Other Approaches

Progress in antiretroviral therapy has considerably reduced mortality and notably improved the quality of life of individuals infected with HIV . However, drug…

June is men’s health awareness month, when we aim to increase awareness of preventable health problems and early detection/treatment of diseases among men…