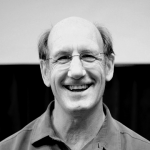 Dr. Richard Miller, Founder of iREST (http://www.irest.us/). Richard Miller, PhD is a clinical psychologist, author, researcher, yogic scholar and spiritual teacher. For over 40 years, Richard Miller has devoted his life and work to integrating the nondual wisdom teachings of Yoga, Tantra, Advaita, Taoism and Buddhism with Western psychology. Among his mentors were Jean Klein, T.K.V. Desikachar and Stephen Chang. Richard is the founding president and CEO of the Integrative Restoration Institute, co-founder of The International Association of Yoga Therapy and founding editor of the professional Journal of IAYT. He is also a founding member and past president of the Institute for Spirituality and Psychology and a senior advisor for the Baumann Foundation for the study of Awareness and its impact on well-being. Author of Yoga Nidra: The Meditative Heart of Yoga, Richard serves as a research consultant studying the iRest Yoga Nidra protocol that he has developed (Integrative Restoration ~ iRest, a modern adaptation of the ancient nondual meditation practice of Yoga Nidra) researching its efficacy on health, healing and well-being with diverse populations including active-duty soldiers, veterans, college students, children, seniors, the homeless, the incarcerated, and people experiencing issues such as sleep disorders, PTSD, chemical dependency, chronic pain, and related disorders. In addition to his research and writing projects, Richard lectures and leads trainings and retreats internationally.

On this show Dr. Richard Miller, Founder of iREST, and a clinical psychologist, author, researcher, yogic scholar and spiritual teacher, tells us about…